Dubrovnik, Pearl of the Adriatic

Dubrovnik is the center of the region of Dalmatia in Croatia and a famous touristic destination. The Old City, called the “Pearl of the Adriatic”, is a World Heritage Site.

Stradun, the main street of Dubrovnik, polished by millions of feet

I tried to capture what I considered most characteristic for this beautiful city, like this shiny pavement. Often focusing on a detail tells more than trying to show everything at once. 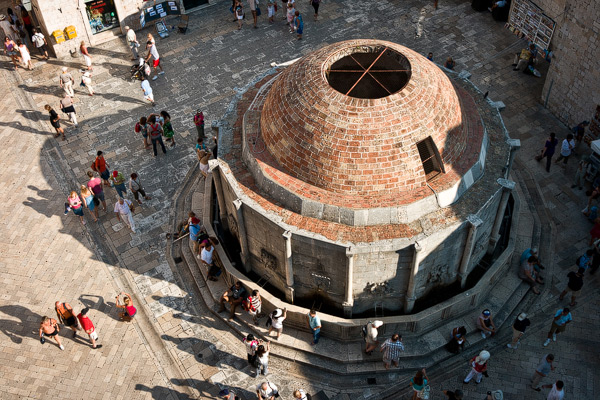 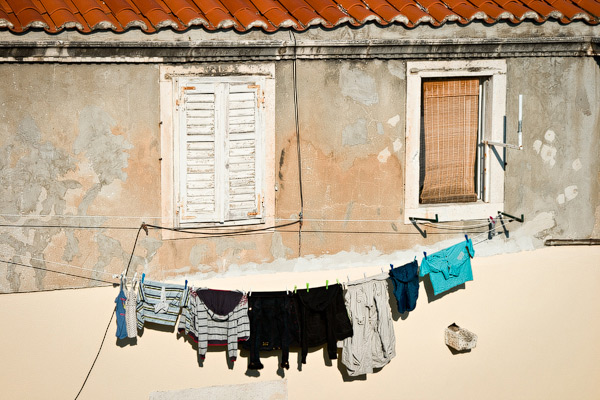 A common sight in the Old City

It was sunny and hot… One should never photograph when the sun is harsh? Na. 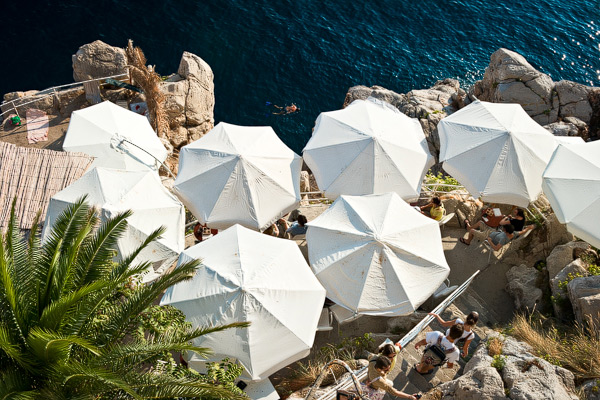 A beach on a rocky coast

Repeating patterns are always great to photograph. The side light helped me bring the texture out from the umbrellas and from the sea. Everything sings when bathed in the warm afternoon sun. The snorkeler was not a mere coincidence – I waited for him to come to a perfect location. 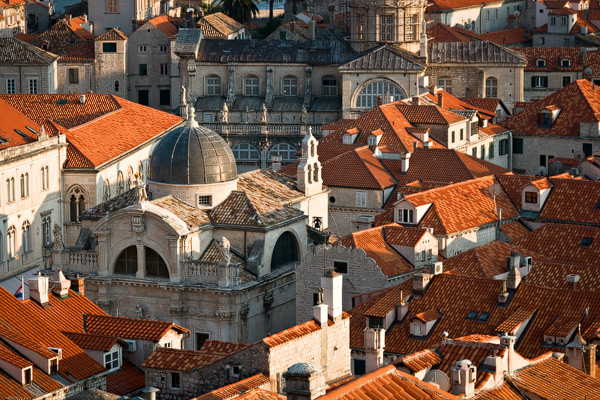 Dubrovnik roofs repaired after the war in 1991

Dubrovnik, Pearl of the Adriatic